Collaboration around the cancer care of the future 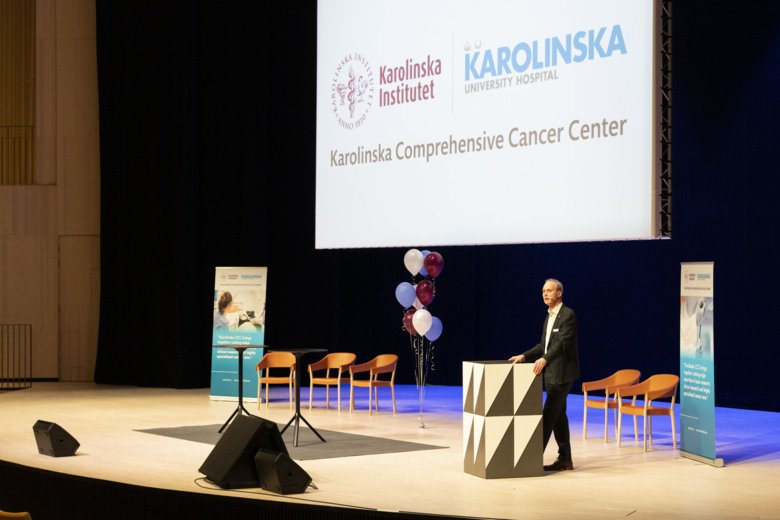 Almost 500 employees gathered in Aula Medica on 1 April when Karolinska Comprehensive Cancer Centre (Karolinska CCC) celebrated its second anniversary since accreditation by honouring its employees and the collaboration between Karolinska Institutet and Karolinska University Hospital.

A cavalcade of program items, covering everything from impressive breakthroughs to future prospects within the cancer field, makes it clear that Karolinska CCC lives up to its name. The way education and research are carried out today, with a focus on multi-professional teams, will serve as seedbed for the healthcare of tomorrow. These are insights that reinforce the decisive importance of Karolinska CCC.

What then is a Comprehensive Cancer Centre? Professor Erlend Smeland, a member of the Centre’s international council, explains that the criterion is cutting-edge research, education, and cancer care at the highest level. He adds:

The cancer care of the future – where are we heading? 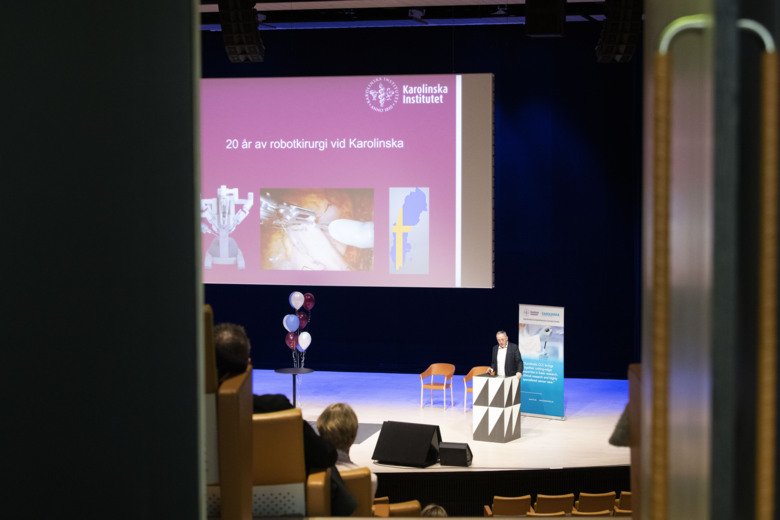 Robotic surgery has existed for twenty years and has led to obvious advances. Shorter training time, better precision surgery, leading to better outcomes and survival after treatment. Peter Wiklund, Professor of Urology, who had earlier in the day carried out livestreamed robotic surgery, gave an example of the development within bladder cancer surgery.

"A cystectomy patient is now able to leave the hospital from day four after an operation. Previously they arrived on the ward with their suitcases and more or less moved in", Peter says.

The cancer care of the future involves a number of research areas and concepts. Presentations and panel discussions provided a look at precision medicine and an immersion in molecular pathology which has seen a technical revolution within genetic technique during the last 10–20 year.

The focus is gradually moving from previously significant prognostic and treatment determining characteristics of the tumour, such as for instance its size or the situation regarding metastases, towards the genetic profile of a tumour.

"We are seeing a development from mortal illness towards chronic illness thanks to precision medicine", says Jeffrey Yachnin, Senior Consultant.

Following presentations and contributions to an abstract competition, Patrik Rossi, Head of Theme Cancer at Karolinska University Hospital, concluded by providing a summary of the day’s event and emphasising the importance of collaboration:

"Nobody can carry out research singlehandedly. Our part is like a piece in a jigsaw puzzle – it helps construct a puzzle with no end in sight. The big picture will become clear far into the future."

About the Karolinska Comprehensive Cancer Centre

Karolinska CCC brings together cutting-edge expertise in highly specialised cancer care and cancer research. The centre is a joint initiative between Karolinska University Hospital and Karolinska Institutet. It is also the first accredited Comprehensive Cancer Centre in Sweden.