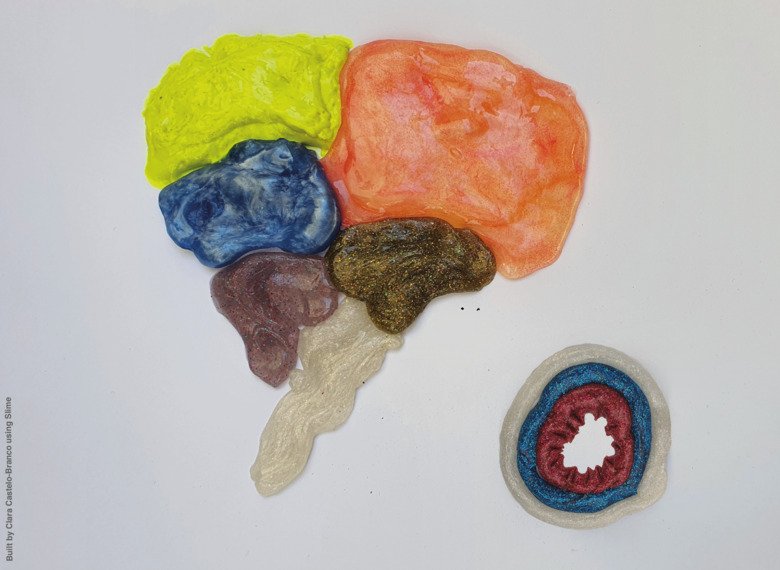 How can a single cell give rise to complex structures such as the central (brain/spinal cord) and enteric (brain in the gut) nervous systems? This is the overarching question in neural development; understanding how such intricate structures are assembled gives not only crucial knowledge about these nervous systems, but also important insight to the etiology of some of our most common diseases.

The 8th edition of the KI Conference “Developing Brains" gathers some of the leading scientists working on critical questions ranging from transcriptional heterogeneity of neural cell types, their specification and maturation, to migration, myelination and creation of mature neural circuits.

Given the current COVID-19 pandemic, the conference will take place on a hybrid format, both online and in person. Lectures are scheduled for 1-2 September between 14.00-18.30 CET (Stockholm).

Registration is free of charge. Closer to the date, you will receive the final programme and a link for the lectures.

Networking and interaction with the speakers at the REMO platform.

Networking and interaction with the speakers at the REMO platform.

Torsdag sep 2
14:00–14:50
The thalamus that speaks to the cortex: spontaneous activity in sensory areas development and plasticity (online)

14:50–15:40
About time: the temporal control of cell fate in the developing neural tube (online)

Networking and interaction with speakers at the REMO platform.

Networking and interaction with the speakers at the REMO platform

Dr. Tim Czopka studied Biology and obtained his PhD in Neuroscience in 2009 from the Ruhr-University Bochum (Germany). Following his postdoctoral research at the University of Edinburgh (UK), he became a Principal Investigator in 2015 at the Technical University of Munich (Germany), as a Emmy Noether Fellow and being awarded a European Research Council Starting grant. In 2020 his group moved to the Centre for Clinical Brain Sciences, University of Edinburgh (UK), being nominated Chancellor’s Fellow. The Czopka lab aim to understand how oligodendrocytes communicate with neurons, and how these interactions affect the brain. Oligodendrocyte precursor cells tile the brain throughout life and sense nervous system activity and represent the cellular source for new myelin during long-term development, plastic adaptations, and CNS regeneration. However, there are many more oligodendrocyte precursors than ever differentiate, but which still constantly communicate with surrounding neurons and other CNS cells. How this cell population can be triggered to produce new myelin, and how the non-myelinating oligoendrocytes affect nervous system function, remains unclear. To address this, the Czopka lab uses zebrafish as model organism and a wide range of complementary methods including high-resolution optical microscopy of live cell reporters, optophysiology and biomolecular sensor imaging, cellular genetic manipulations, and behavioural analysis.

Oscar Marín is Professor of Neurobiology, Director of the MRC Centre for Neurodevelopmental Disorders and the Centre for Developmental Neurobiology at King’s College London. He graduated in Biology from Universidad Complutense in Madrid, where he also obtained a PhD in Neuroscience, followed by a postdoc with John Rubenstein at UCSF. He was a group leader at the Institute of Neuroscience in Alicante prior to joining King’s College in 2014. In 2005, he was selected as one of the founding members of the Scientific Council of the European Research Council, where he served until 2010. He is an EMBO member and a Fellow of the Academy of Medical Sciences. Currently, he is Wellcome Trust Investigator and an ERC Advanced Grant Awardee. Oscar serves in several editorial boards, including the Board of Reviewing Editors at Science, and has received multiple prizes, including the Rey Jaime I Award in Biomedicine and the Cajal Medal from the Spanish Royal Academy of Sciences.

Andrea Gomez is an Assistant Professor in the Department of Molecular and Cell Biology and the Helen Wills Neuroscience Institute at the University of California, Berkeley. Dr. Gomez received her Ph.D. in Developmental Genetics from New York University and conducted postdoctoral research at the University of Basel, Switzerland. Her work is devoted to understanding the instructive cues that sculpt patterns of brain activity. Her efforts led to the discovery of RNA-based programs that are critical for synaptic plasticity. Her lab uses state-of-the-art techniques to decode the brain’s modular nature, including molecular biology, electrophysiology, and functional imaging.

Synaptic plasticity and cognitive function are disrupted in the absence of Lrp4.
Gomez AM, Froemke RC, Burden SJ
Elife 2014 Nov;3():e04287

Dr. Geschwind is the Gordon and Virginia MacDonald Distinguished Professor of Human Genetics, Neurology and Psychiatry at UCLA. In his capacity as Senior Associate Dean and Associate Vice Chancellor of Precision Health, he founded and leads the Institute for Precision Health (IPH) at UCLA, where he oversees campus precision health initiatives. Dr. Geschwind is a pioneer in autism genetics and the functional genomic analyses of the nervous system. His laboratory showed that gene co-expression has a reproducible network structure that can be used to understand neurobiological mechanisms in health and disease, an approach that has been widely applied to define the molecular pathology of neuropsychiatric disorders such as autism. Dr. Geschwind has also been an early and persistent advocate for data sharing, having developed several resources housing patient genetic and phenotype data, including the Autism Genetic Resource Exchange (AGRE) and currently is the chair of the PsychENCODE consortium. He is the Co- Chair of the Genetics and Genomics Section of the Faculty of 1000 and serves on the editorial boards of Cell, Neuron and Science. He is an elected member of the American Academy of Physicians and the National Academy of Medicine.

Dr. Guillermina López Bendito is a CSIC Investigator and group Leader at the Developmental Neurobiology Unit in the Institute of Neuroscience (IN) of Alicante, Spain. During her PhD, she worked on the role and precise cellular and subcellular localization of neurotransmitter receptors during pre- and postnatal development of the cerebral cortex. Subsequently, as a postdoctoral researcher she joined the laboratory of Dr. Zoltán Molnar in the Department of Human Anatomy & Genetics at Oxford University (UK) from 2001-2004 where she trained in axon guidance mechanisms and the development of the thalamocortical connectivity. In 2004, she obtained a prestigious “Ramón y Cajal” semi-independent position at the IN in Alicante in the laboratory of Prof Oscar Marin where she started to develop her own research line on the mechanisms involved in thalamocortical axon circuitry formation. Since 2008, she is group leader at the IN where her team runs several related projects to uncover the principles underlying thalamocortical axonal wiring, maintenance and ultimately the rewiring of connections, through an integrated and innovative experimental program. The central hypothesis of her laboratory is that thalamocortical input determines several aspects of the development of sensory cortical areas and underlaying circuits. Her research is supported by grants from the Spanish Ministry of Economy and Innovation, and the European Research Council. She is the recipient of awards including ‘IBRO- KEMALI prize 2017, Joseph Altman prize 2018, ‘Alberto Sols Award 2021. She is an EMBO Member and a FENS-Kavli alumni.

James Briscoe is a senior group leader at The Francis Crick Institute. He obtained a BSc in Microbiology and Virology from the University of Warwick, UK. Following his PhD research in Ian Kerr’s laboratory at the Imperial Cancer Research Fund, London, he undertook postdoctoral training at Columbia University, New York, USA, with Thomas Jessell, first as a Human Frontiers Science Program Fellow then as a Howard Hughes Medical Institute Fellow. In 2000 he moved to the Medical Research Council’s National Institute for Medical Research to establish his own research group and in 2001 he was elected an EMBO Young Investigator. He was awarded the EMBO Gold Medal in 2008 and elected to EMBO in 2009. In 2018 he became Editor in Chief of Development, a journal published by the Company of Biologists, a notfor- profit scientific publisher. He was elected a Fellow of the Academy of Medical Sciences and a Fellow of the Royal Society in 2019. His research interests include the molecular and cellular mechanisms of graded signaling by morphogens and the role of transcriptional networks in the specification of cell fate. To address these questions his lab uses a range of experimental and computational techniques with model systems that include mouse and chick embryos and embryonic stem cells.

Establishing neuronal diversity in the spinal cord: a time and a place.
Sagner A, Briscoe J
Development 2019 11;146(22):

Dr. Johnson obtained her B.S. in Chemistry (1983) and her Ph. D. in Biochemistry (1988) at the University of Washington in Seattle studying muscle development with Dr. Stephen Hauschka. Postdoctoral research with Dr. David Anderson at the California Institute of Technology in Pasadena led to the discovery of ASCL1 (previously MASH1), an essential transcription factor in neural development. She joined the faculty at the University of Texas Southwestern Medical Center in December 1992 where she is currently a Professor and Vice Chair in the Department of Neuroscience, and holds the Shirley and William S. McIntyre Distinguished Chair in Neuroscience. The research in the Johnson lab focuses on understanding how transcription factors regulate neuronal differentiation and neuronal subtype diversity, work that has direct implications for stem cell biology and cancer.

Dr. Anna Molofsky is an Associate Professor in the Department of Psychiatry and Behavioral Sciences at the University of California-San Francisco (UCSF), part of the Weill Institute for Neurosciences. The Molofsky lab investigates the molecular mechanisms of synapse formation during brain development, with a focus on glial cells and innate immune signals that regulate synapse remodeling. The lab’s long-term goal is to define the homeostatic roles of innate immunity in the developing brain, and their impact in neurodevelopmental disorders. Dr. Molofsky trained in stem cell biology with Dr. Sean Morrison and in glial biology with Dr. David Rowitch. She completed medical training and residency at UCSF and is also a practicing psychiatrist. She is the recipient of awards including a Pew Biomedical Scholar Award, an NIH New Innovator Award, and the Freedman Prize in Basic Research from the Brain and Behavior Research Foundation.

Funded and technical support by: