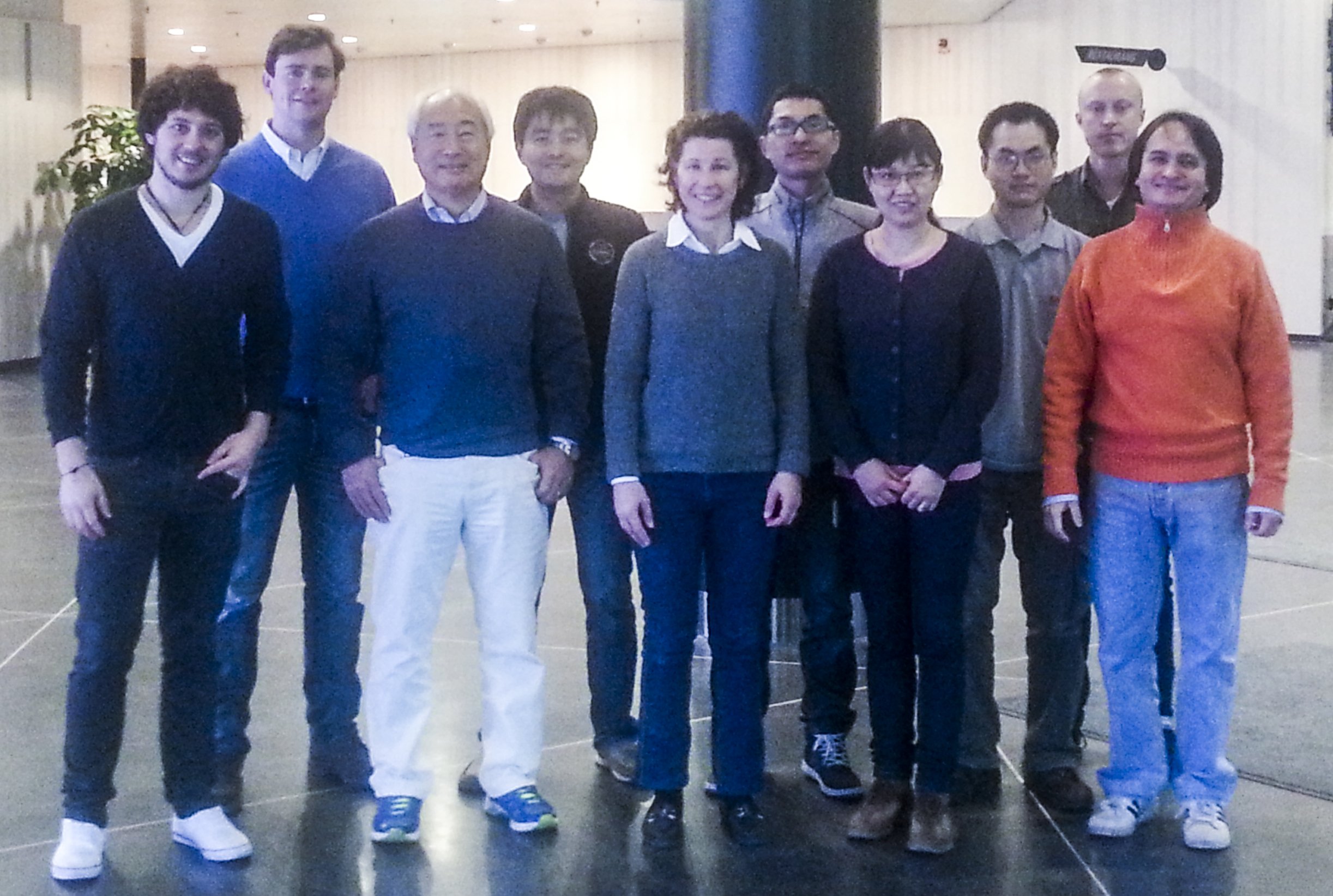 Professor Kenneth Chien was recruited as a researcher to Karolinska Institutet, in 2013. His laboratory is located at Department of Cell and Molecular Biology, Solna, and Department of Medicine, Huddinge.

Previously, Kenneth Chien was Professor in the Department of Stem Cell and Regenerative Biology at Harvard University in Cambridge, and a member of the Harvard Stem Cell Institute, where he formerly directed the university-wide Cardiovascular Stem Cell Biology Program.

What have you been doing since you started at KI?

-Of course, this type of transition is complex, and the bulk of my time has been devoted to three facets: experimental design and regulatory issues around human tissue and clinical studies, grant writing and related approaches to gaining sufficient research support for this translational work, and recruitment of talented and committed young physicians and scientist to join the team to move this work forward.

How has it been settling in and setting up your research at KI?

-I could not have made a transition of this complexity without the steadfast collaboration, friendly advice, and support of the KI leadership, and my many new friends/colleagues at KI. The Department of Medicine at Huddinge and the Department of Cell and Molecular Biology, have been instrumental, particularly Jan Bolinder, Klas Karlsson, Katarina Drakenberg, Christer Höög, Riitta Ljungstedt and Urban Lendahl. With this help, we have managed to setup the foundation for the exciting work ahead here at KI for our lab group.

-Also, Urban Lendahl and I have been working closely together on extending the KI Regenerative Medicine program to encompass new directions in cardiovascular regenerative biology and medicine, which has now received support from the Wallenberg Foundation. Under Urban’s leadership, we have also launched an exciting collaboration with China/HKG, which recently received support from the VR, which will include our core interests in understanding the role of defective decisions in the fate of heart progenitors, which are now known to build the heart, in the onset of congenital heart defects in children.

What research are you conducting at Department of Medicine, Huddinge?

-We have been working closely with Kalle Grinnemo on extending our work with chemically modified mRNA as a therapeutic platform for regenerative cardiology, and also in identifying and mapping new families of heart progenitors and their intermediates during human cardiogenesis.

-Also, we are beginning collaborations with Outi Hovatta and her group on new model systems and technology to study the earliest stages of human heart progenitor formation.

-Finally, we are working under the leadership of Bo Angelin in the new Integrated Center for Metabolic and Cardiovascular Disease (ICMC) that he is setting up in Novum. During the coming year, I hope to have a sizable lab of around 10 scientists in the ICMC, which will be the major site of our translational work, closely aligned with the Regenerative Medicine program lead by Urban Lendahl.

Are there any differences between the research environment in the US and KI?

-In many ways, the quality of the research environment is quite similar to what I have experienced at Harvard. In CMB, the quality of the faculty, particularly the young faculty, is every bit as accomplished and promising as the young PIs in my home department at Harvard in the Department of Stem Cell and Regenerative Biology. Also, both KI and Harvard are blessed with a long history of training world-class physician scientists. At the same time, as an environment for fundamental science based in mouse models and/or in vitro systems, or for large scale biology/technology/engineering, Boston is an absolutely without peer.

-At the same time our work is moving sharply towards human biology and disease and KI is wonderfully positioned to play a leading role in this new era. The tools now exist to molecularly dissect complex facets of human biology and disease, and KI is extremely well positioned to play a global leading role in this new era. KI in general, and Huddinge in particular, has extensive, and well-curated rare disease registries, long term follow up in a very stable and high quality clinical venue lead by well- trained physician-scientists, unique access to both embryonic and adult human cells and tissue, novel integrative collaborative efforts with pharma and biotechnology on site such as the new KI/ AZ center, and a world class faculty in cell and molecular biology in general, and stem cell/regenerative biology in particular.

-In my view, Stockholm is likely to extend it's leading role as a high tech center, exemplified by Spotify, Instagram, Skype, etc., to become a nodal point for a new generation of biotechnology startups as well, given the supportive, rigorous, ethical, and highly respected Swedish medical regulatory environment for novel first in human studies and the robust long-term funding from national and regional government sources, major foundations, and philanthropic organizations. In addition, the largely English speaking population is particularly supportive of Swedish clinical studies, and Stockholm has an incredible quality of lifestyle of a vibrant city right on the water. In short, I believe that humans are the model organisms of this century, and KI has all the native ingredients to attract world-class human resources comprised of both MD and PhD scientists in this new field that is human, human, and human.

What is your current research about?

-We are now focused on generating a cell fate map for human cardiogenesis, as well as the signals that control these decisions. In turn, we would like to understand their potential role in the onset of congenital heart disease in children, as well as uncovering new approaches for regenerative cardiology. Toward that end, with our colleagues at KI and elsewhere, we hope to unlock the full potential of chemically modified mRNA for regenerative therapeutics, and other important clinical uses.

What results are you aiming for?

-Every physician scientist dreams about their work ultimately being useful to advance human health in some small way. This remains a fundamental driver of all our work, in this case to help patients, both children and adults, afflicted with severe forms of cardiovascular disease.

What are your plans for this year?

-We hope to perform the first in human studies of modified mRNA at Huddinge a year from now, and the current trajectory of the research, and the teamwork at KI and our biotech/pharma partners is on course to accomplish with work, with the close collaboration with John Pernow and Agneta Månsson-Broberg at Medicine Huddinge, KI.