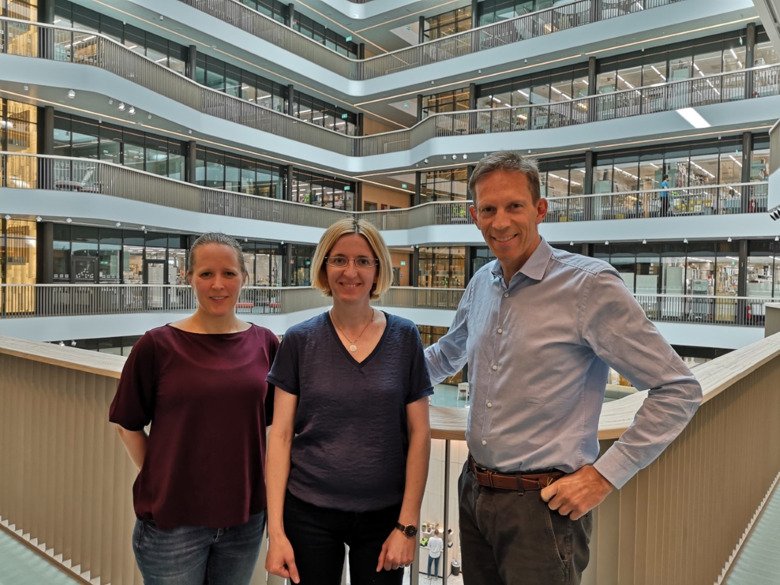 The strategy uses pluripotent stem cells that are cultured under conditions that will induce them to differentiate into dopamine neuron precursor cells. These precursor cells can then be transplanted into the brains of Parkinson’s disease patients.

Transplantation of human dopamine neuron precursors is known to generate mature dopamine neurons and improve symptoms in Parkinson’s disease rodent models, but the exact cellular composition of stem cell-derived grafts has remained unclear, mainly because available methods to determine the exact identity of the cells have been lacking.

In a close collaboration between Thomas Perlmann’s lab at Karolinska Institutet and Malin Parmar’s lab at Lund University, questions concerning cell composition of human cells grafted to a rat model of Parkinson’s disease have now been addressed. This is a first single cell RNA sequencing study of human pluripotent stem cell-derived grafts in an animal Parkinson’s disease model.

The researchers used a method for so called single cell sequencing to analyze human pluripotent stem cells both before and 6-8 months after grafting into a rat model of Parkinson’s disease. In parallel experiments the two teams also characterized transplanted human fetal midbrain cells. As predicted, both fetal and stem cell-derived grafts contained dopamine neurons. In addition, astrocytes, a glial cell type, were also a major component of grafted cells from both sources. In contrast, oligodendrocytes, a cell type that is important for myelin insulation of nerve fibers, were only found in fetal grafts.

Interestingly, the researchers also discovered an unexpected component of stem cell-derived grafts that they identified as a vascular fibroblast-like cell type.

“The identification of this cell type was quite unexpected since cells were cultured by a method believed to induce only neurons and glia”, says Katarina Tiklova, shared first author of the published paper.

“In future studies it will be important to further address the composition of stem cell-derived grafts to understand how closely grafted cells correspond to their normal counterparts in healthy brains”, she adds.

The results have important implications for the continuing work directed at developing the method for clinical application, and they also provide ideas of how to further improve stem cell culturing protocols.

“The project has been an extremely stimulating and fruitful collaboration with the research team in Lund”, says Thomas Perlmann.

The study was in part financed by grants from Vetensksapsrådet (2016-02506); StratRegen grant from Karolinska Institutet; Knut and Alice Wallenberg Foundation and from Söderbergs Stiftelse.